No items found.
Product is not available in this quantity.
DIYLifestylePhotographyShop

No items found.
Product is not available in this quantity.

Signing up helps me know that I'm doing things right! Expect some great content sent to you in the near future :)

Now get back to what you were doin'!
Oops! Something went wrong while submitting the form.

So clearly I have an obsession with making things with pom poms lol. I saw these earrings from BAUBLEBAR and I decided to take a try at making them. They were actually pretty easy and I am so excited to wear them this fall! I am probably going to make them in a couple different colors. Maybe i'll do a giveaway?? Color suggestions?

Supplies You'll Need for this Project

Start off by making 3 pom poms, color of your choice. You are going to make one large, one medium, and one small sized poms. My largest one is approximately 1", then medium one is about 3/4", the smallest one is about a 1/2". To make the largest one, use a pom pom maker or if you don't have one, you can make it by wrapping your yarn around 4 fingers about 40–45 times.

After you have wrapped your yarn, slide it off your fingers and set aside. Cut a strand of yarn (about 6 inches long) and tie as tightly as you can around the middle of the bunch.

Cut the loops on both sides of the bunch, to create a really messy, uneven ball of yarn. Then trim your pom to make it the desired size for the largest pom. Repeat these steps to create the middle sized and smallest sized poms.

Once you have your pom poms made, its time to assemble the earrings! Now before I get into this part, you can make this DIY easier by simply sewing the 3 poms poms together without adding the split rings. Thread your needle (knot at the end) through one side on the largest pom, pull through, then add the middle sized pom, sew through and pull till the two poms are touching. Then add the smallest pom, and again, pull through till the poms are touching. They 3 poms should be in a straight line. Then once 3 poms are sewn together (I would go up and down a few times to make sure they are sturdy) and the needle and thread are sticking out of the top of the smallest pom, add the earring hook, tie tightly and then cut.

I chose to add little gold rings in-between my poms to add a little more flare to them, and to make them look like the ones from BAUBLEBAR. To do this, start by threading your needle (knot at the end), and sew through the middle of the largest pom.

Whoa, change of nail polish ;) Once you have sewn through your largest pom, add your split ring onto your strand. Then take your needle, and sew back through the top of the pom, down to the opposite end. Then once the strand/needle is sticking out from the bottom (opposite side from where your ring is) tie a knot, and trim.

Slide your earring onto the strand and sew down through the top of small pom and then back up through the bottom of the pom so your needle and thread are sticking out of the top of the small pom. Then tie a knot through the hole of the earring, knot off your thread, trim and welll-ah :) 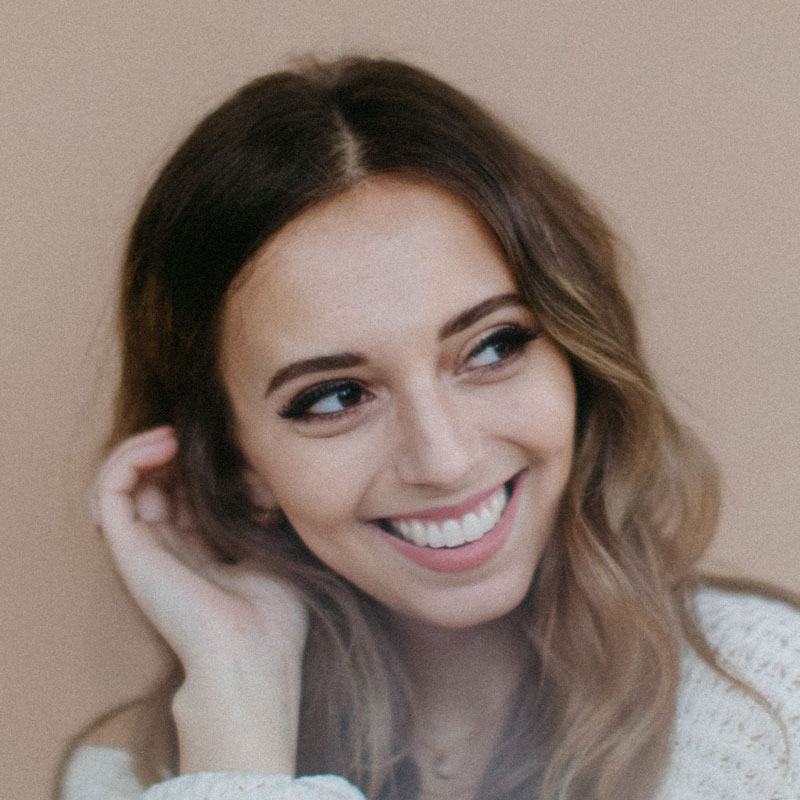 I am so excited to share today's DIY because it is a collab with a fellow DIY Blogger friend of mine, Mikyla! Check out her blog and her insta, she has an amazing sense of color and is always posting awesome projects!We wanted to collab on a project together that was inspired by SPRING! We wanted it to be simple enough that we could both put our own spin on it! We each got two different sets of bowls, (I went Goodwill shopping!) and we each made a planter out of them! We kept our designs a secret from each other until we were finished, and they both ended up SO CUTE!

This DIY Fiddle Leaf tree was so satisfying to make and probably one of my favorite budget saving projects ever! These trees usually sell for $100+ and I was able to make this for $50!

Signing up helps us stay in touch! Expect some great content sent to you in the near future :)

Oops! Something went wrong while submitting the form.